The article below highlights the conflict of interests between the British Trade Unions, their members, and public services.

It needs to be noted that the Workers of England do not receive any money out of the public purse, we work solely from membership subscriptions, making us a truly independent union.

Whilst the article concentrates on Wales the situation in England is just as bad, if not worst.

The Public sector are having to make massive cuts, however the same public sectors are paying £Millions towards the British trade union representatives when they should be paid out of trade union membership subscriptions, these are the same representative who are supposed to protect jobs but would be more inclined to protect their own cushy number, you see the conflict.

Janet Finch-Saunders is the Shadow Member for Local Government and the Assembly Member for Aberconwy on the Welsh Assembly.

The Welsh Labour Government, supported by Plaid Cymru, UKIP, and the single Liberal Democrat in the National Assembly for Wales, recently voted to pass the Trade Union (Wales) Bill – which seeks to repeal elements of the UK Government’s Trade Union Act 2016.

One element of the act, which the Welsh Bill repeals, is the requirement to publish information about Facilities Time.Openness and transparency has been a hallmark of Welsh Conservative policy-making in the Senedd, in Cardiff Bay, and so it is markedly disappointing that Welsh Labour and their allies are so determined to hide from the public, the amount of time and money given by the public purse to Trade Union activity in this regard.Fortunately, this information is accessible through Freedom of Information requests, and the results of our enquiries show why Welsh Labour is less-than-eager to proactively publicise the activities of their Trade Union paymasters.Welsh Conservative investigations have uncovered the shocking extent of taxpayer subsidies for Trade Union activities in the Welsh public sector: we contacted the 38 public bodies in Wales – including the Welsh Government, four police forces, seven local health boards and 22 local authorities – requesting information about union facility time granted to employees.Only Rhondda Cynon Taff council and North Wales health board, Betsi Cadwaladr, failed to respond.

Across Wales there are around 80 officers employed full-time on ‘Union Facilities Time’, working a total of 2,978 hours per week – at a cost of approximately £2.1 million a year.

Further, an additional 153 officers are employed on a part-time basis to carry out Trade Union responsibilities.

If each member of part time staff worked just one day a week on Trade Union ‘Facilities Time’ it would cost the taxpayer an additional £1.03 million – this is based on an 8 hour day x  52 weeks, on the average Welsh public sector salary of £28,489 per annum.

All of the staff members accounted for in these figures are paid for by the Welsh taxpayer.

Across Wales, public bodies are taking difficult decisions about staffing and funding in order to protect vital services. Meanwhile, these millions of pounds in vital funds are being diverted away from the frontline to subsidise the political work of the unions. It’s a national scandal. This money should be spent on more nurses and teachers, not union reps, and there is no justification in this day and age for the rich public sector unions to be receiving public money.

Of course, the Welsh Conservatives have made it clear that the taxpayer shouldn’t be picking up the tab for Trade Union duties – that’s what their subscriptions are for. I argued this passionately during the debates at each stage of the scrutiny of this Bill.

Unsurprisingly, maybe, this fell on deaf ears. Trade Unions were responsible for 91 per cent of the registered election campaign donations for the Labour party in May.

Whilst Welsh Labour, Plaid Cymru, UKIP and the Lib Dems continue to hide behind excuses, the Welsh Conservatives will continue to call for openness and transparency – for the proactive publication of information of interest to the public, in all areas 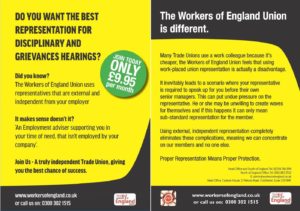