Why did union leaders abandon the workers?

Britain needs strong trade unions. Valuing those whose labour generates prosperity for the nation – for it isn’t just rich businessmen who create wealth – is the hallmark of a civilised society.

So, for those of us rooted in the movement, the ever-diminishing influence of trade unions in the workplace should concentrate the mind.

It has been eviscerated over the past 40 years by the perfect storm of globalisation, deindustrialisation (particularly the decimation of manufacturing), restrictive legislation and austerity. Given the concomitant fall in membership levels – in 1980, 12.2 million were members of a union; today it stands at half that – the trade union movement is a shadow of its former self. The days of wildcat walkouts, go-slows, work-to-rules and tough old bruisers such as Red Robbo presiding over mass meetings in windswept factory car parks seem of another world.

In the same way that the Labour party has morphed into a bourgeois, liberal, London-centric outfit, so has its industrial wing

Trade union leaders were once household names. They could bring the entire economy to a halt. Comedians would send them up on TV. The BBC would broadcast live the proceedings of the TUC’s annual congress, and every major newspaper would have its own dedicated industrial correspondent. Not so now.

But those of us inside the movement shouldn’t pretend that some of our problems weren’t self-inflicted.

In the same way that the Labour party has, since the late 1980s, morphed into a bourgeois, liberal, London-centric outfit – and in doing so created a schism between itself and millions in the old working-class heartlands – so has its industrial wing in the trade unions. The movement’s higher echelons are increasingly dominated by officials who were fast-tracked from university straight into policy and research departments, before securing their positions near the top.

The truth about ‘liberal’ London

This shift in personnel has meant that trade unions today are far more focused on identity politics and social engineering than on the bread-and-butter task of winning better pay and conditions.

And rather than adopt the kind of radical thinking that would have reversed its waning appeal to workers, the movement decided instead to retreat to its public-sector redoubt, where its strength, such as it is, now lies. (The most recent figures show that 3.6 million union members, 58% of the total, work in the public sector, despite only 17% of workers overall being employed there.)

Trade unions detached themselves from millions across private industry at the very time these workers most need representation. Those in insecure and transient employment, those working in the gig economy, those in call centres and sweatshop warehouses (surely the cotton mills of the 21st century), those on zero-hour contracts – all of them at the mercy of unscrupulous employers, yet voiceless – and with no serious strategy coming from our movement to reconnect. To these workers, it must seem that we neither understand their concerns nor speak their language.

Brexit is a perfect case in point. What a spectacle it was to see trade union leaders lining up with the ranks of the establishment – the Tory government, CBI, IMF, banking industry and all – in supporting continued membership of an explicitly anti-socialist institution.

These same leaders would pledge support, in a heartbeat, to workers in any other part of the world throwing off the yoke of undemocratic or corporate power. But not when it happened in their own back yard.

Since the vote, there has been no sign that the leaders’ acceptance of the outcome – a result heavily influenced by working-class voters in the post-industrial heartlands, let’s not forget – is anything more than grudging.  The TUC general secretary, Frances O’Grady, has even argued that the Single Market represents the best guarantor of workers’ rights – ignoring the fact that most advances secured by working people in this country came through our own parliament after campaigns fought by trade unions.

Union leaders are also criminally silent about the catastrophic impact of free movement, despite compelling evidence to show that it has detrimentally affected wages, particularly at the lower end of the scale. They may as well have pilfered the pay packets of workers themselves.

Once upon a time, socialists and trade unionists understood that open borders were inimical to public planning around things such as welfare, housing and employment. Now, anyone on the Left who opposes free movement is denounced by their own side as a reactionary bigot, responsible for impeding the international unity of workers. This is nothing but intolerant claptrap peddled by group-thinking fundamentalists.

But, then, trade unions have not always been good at embracing new ways of operating. Many continue to rail against the reforms pushed through by the Tories in the 1980s, even though some are hard to argue against. The ban on secondary action, for example, whereby a wholly innocent employer might suffer as a consequence of the actions of another. Likewise, the requirement for senior officials to be elected by postal ballot has brought a level of accountability and transparency often absent before.

Added to which, their deeply embedded belief that there exists some kind of inherent conflict between capital and labour has engendered undue hostility towards various thoughtful ideas that might have made a difference, such as workers on boards and employee share schemes.

Today’s crop of trade union leaders would do well to relearn the lessons of the New Unionism at the end of the 19th century, when great campaigners such as Tom Mann, Will Thorne, John Burns and Ben Tillett took a movement that was hitherto centred around a small number of skilled workers in craft unions and thrust it into the lives of those who made up the vast army of unskilled labour, a blossoming that eventually brought with it millions of new members.

These pioneers made trade unionism relevant to the masses.

It’s time we did so again! 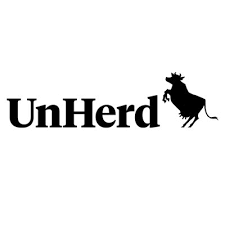